FIFA 22 licenses: Will it have any new leagues? 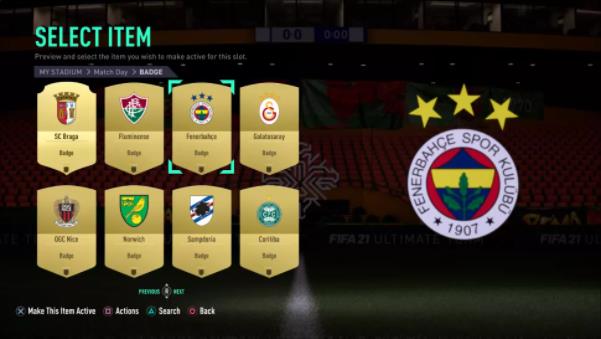 For two years in a row England's fifth tier, the National League, has lobbied to be included in EA's football behemoth, with zero success. Ahead of FIFA 20 it launched a fan petition which amassed 11,200 signatures, while the release of FIFA 21 was accompanied by its very own Ultimate Team, curated by former semi-pro footballer and current league ambassador Jeff Brazier. Teams such as Sutton United, Eastleigh and Boreham Wood will therefore hope it's third time lucky for the Conference appearing in FIFA 22.

Otherwise, the FIFA 22 league list already seems well set. An independent FIFPlay fan survey lists the Greek Super League as the new competition fans want most, which would see third-placed (as I write this!) Aris added to the four sides already in the game – AEK Athens, Olympiacos, PAOK and Panathinaikos. Hungary's Nemzeti Bajnoksag I league is second in the fan poll, followed by Liga Portugal 2 in third.

One thing you won't be seeing is FIFA 22 Juventus, as Konami still has at least another year to run of its exclusivity deal – meaning only PES 2022 can use that name, and FIFA owners will be stuck with Piemonte Calcio again. It'll be a similar story with AS Roma, who'll yet again be rechristened Roma FC in FIFA 22.